Between August 30 and September 17, 2022, TopResume asked 330 U.S. hiring managers, recruiters, and HR professionals about their current interview best practices, preferences, and turnoffs regarding the most significant changes over the past 18-24 months. Currently, one-third (33%) of employers offer an exclusively virtual interview process, with an additional 21% resorting to in-person interviews only for final rounds. In fact, only one in five (20%) participants stated that most of their company's interviews take place in-person.

Given their preference for interviewing virtually, TopResume then asked employers to rank a list of 11 possible offenses a candidate can commit. Of interest, encountering technical difficulties, such as a bad internet connection, was considered one of the least critical issues (coming in tenth out of 11), despite the deep level of embarrassment from job seekers.

Following are the top five virtual interview deal-breakers that could cost you the job:

“Although virtual interviews have become a ubiquitous part of the hiring process, even as more companies are requiring employees to return to the office, our data shows many job candidates have yet to master the art of the virtual interview — and it's sabotaging their candidacy,” said Amanda Augustine, career expert for TopResume, and a certified professional career coach (CPCC) and a certified professional resume writer (CPRW). “Fortunately, these mistakes can be easily avoided with modest preparation, while helping job seekers focus on connecting with the on-screen interviewer, demonstrate their qualifications, and better determine if it's the right opportunity.”

Unsurprisingly, when TopResume asked employers to name the interview mistakes that have remained highly offensive over the past years, regardless of the interview format, the following list of complaints emerged: lying, arriving late (without a valid excuse), badmouthing a current or former employer, appearing disinterested in the opportunity, and being unprepared,

"It doesn't matter if you're participating in a phone screen, interviewing via video conference, or meeting in-person — if you make these interview missteps, you're undermining your chances of landing the job,” said Augustine.

Last year, TopResume unveiled its Job Seeker Sentiment Index, which uniquely measures, on a monthly basis, job seekers' opinions on current conditions, as well as future job-market and workplace expectations — an industry-first. Since April 2021, TopResume has been polling its active U.S. job seekers in order to evaluate both their confidence about the job market and also their sense of overall job security.

The next two parts of TopResume's “What Employers Want” series will be unveiled in the coming weeks. For more of Augustine's job-search tips and expert advice, visit the TopResume Blog. 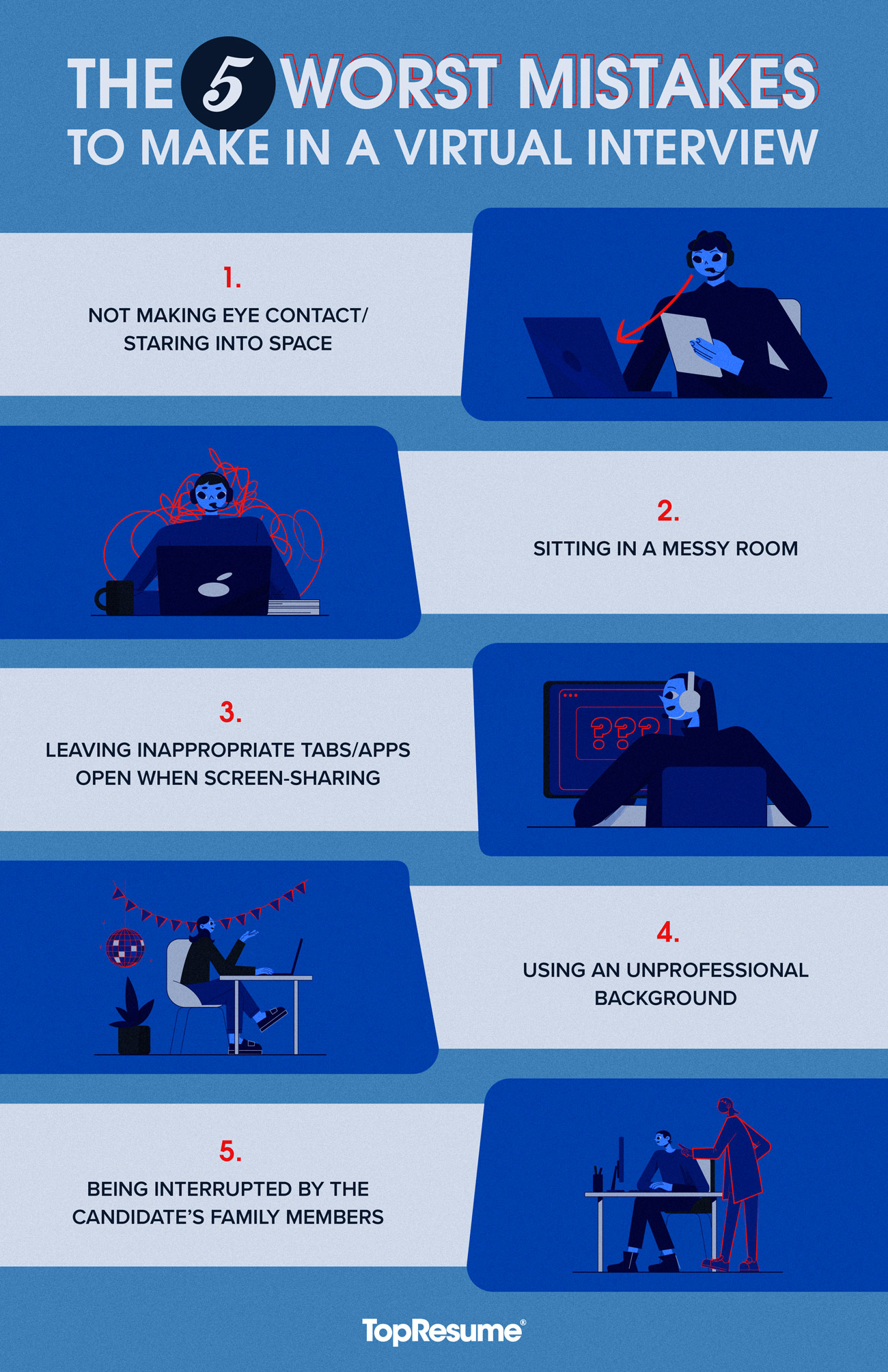 TopResume, a Talent Inc. company, is the world's premier resume-writing service, analyzing millions of resumes and LinkedIn profiles each year. Job seekers work directly with professional writers and industry experts to redefine their personal brand and stand out from the crowd during the job-search process. Follow TopResume on Facebook, LinkedIn, Twitter, and Instagram and visit TopResume to request a free confidential resume review.

How to Write a Thank-You Email After Your Second Interview

Is It an Interview or Not? Interview Tips for Either Way